Close to Publishing - The World of Orinthia

It's been an exciting week for my fiction writing!

I am about to introduce you to the World of Orinthia!  More on that later.

The main story I'm working on is up to 8 scenes, and I'm going to add one more at the end which I felt was important.  My characters must do what is necessary, because they're smart, unless there's some reason why they're not picking up on what the best action would be.  So, coming to the end, it occurred to me that they would leave themselves and their friends vulnerable if they didn't undertake one last action.  So I'm writing it.

I've already engaged an artist for the cover art, and another artist for some interior illustrations.  I have at least one published author who has offered to read the draft and provide suggestions.  Once all this comes to a head, which I expect it will in a couple of weeks, I'll place the manuscript into Amazon's Createspace, and within a few days it should be available for you to read! 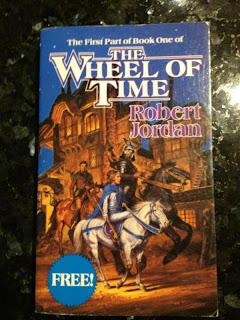 It's amazing how the story changes and grows in depth as it develops.  The story, as it is now, is nothing like I envisioned at first.  As the characters went from caricatures to people, and as their intellects, motivations, personalities, etc. developed, they have changed the story.  The story has wrapped itself to conform to them.  And it's a much more interesting story, now.

I've finally decided exactly what steps I will take to launch into the fiction writing world.

My first "book" won't be a novel, nor a short story, but rather a hybrid.  I will be publishing this first story on Amazon Kindle as an "Introductory Novella" -- this will hopefully whet your appetite, and get you salivating for the next elements of the series, of which there will be many, all set in the fictional, fantasy world of Orinthia.

I've seen this done before.  Many years ago, in college, probably, I located a book at a bookstore that had a very interesting cover -- it drew me in.  It was advertised as "the first part of book one of The Wheel of Time."  Now, Robert Jordan fans know that his first book was The Eye of the World.  But this half-book was only to get people interested.  It worked!  Many years later, I've read at least 9 of the books, and intend to catch up on the final volumes once I can find time.

But that first book -- The Wheel of Time -- introduced me to Robert Jordan's "world."  A good fantasy fiction author (and many sci-fi authors use this also) has a relatively full picture of the geography, cultures, traditions, history and peoples of the fictional world they're writing about.  The more details you "know" about your world, the more enveloping the stories are for the reader.

I started developing a fantasy world for a self-produced role-playing-game (RPG) about 12 years ago, and now that I'm writing fantasy novels I picked that world up, dusted it off, and I'm modifying it to fit my new needs.  I'll be producing maps, "encyclopedia" articles (for my own use, so I know what I'm writing about), and other aids to how the elements of this world fit together.  You won't see those materials -- they're mainly for my benefit, as an author -- but you'll sense them, as the stories develop and provide glimpses of the world and its history.

To give you an idea, my first story about the world of Orinthia will be a murder mystery which later turns into a Lord of the Rings style chase for dear life.  It will be available as an e-book on Kindle and other electronic platforms, and will probably be a perfectly affordable 99 cents.  For those who still want a hard copy, I may also offer a 50 or 60 page print-on-demand "chapbook" for 2 or 3 dollars.

After that, I have plans for many more fantasy stories set in Orinthia, which will help flesh out the people and history of this richly detailed planet.  You'll see kings and queens, as well as powerful magicians (mages) and seemingly helpless mere peasants, all thrown into an interactive cauldron of turmoil.  Achieving survival, or even success, in such situations as these may seem daunting.  But these stories show that the human spirit can persevere against just about anything.

At the Same Time

I'm also not limiting myself to the fantasy fiction realm.

Actually, most of what I've written online (not "published," per se) has been in the "alternative historical fiction" genre.  I take a time in history, and subtly (or drastically) change things, so that history develops differently from the history we're familiar with.  This always provides interesting stories, and the side benefit is you'll get to see many historical people -- personalities you may know from our history -- set into these alternative worlds, where they will use their own talents and predilections on a set of problems they never faced in our world.

Furthermore, I'm also writing various science fiction stories -- one series in particular about space pirates -- and a set of fiction stories based on my experiences in Civil Air Patrol Search and Rescue in the 1980s.

I'm really looking forward to this.  I hope you are too!

Thanks for your support!

Edwin Hanks
Posted by Unknown at 10:21 AM