I'm proud of many things I've done in life but probably the most significant and impactful experiences when I was young revolved around my 8 years in the Civil Air Patrol.

When asked I used to tell people Civil Air Patrol (aka CAP) was sort of like Air Force Scouts (like the Boy or Girl Scouts), though that was a gross oversimplification.

CAP is for young people 13 and up (or graduation from 6th Grade if below age 13), but also for adults. Though not a military service (it's a civilian auxiliary of the Air Force) during World War II and since CAP patrolled the coasts and even dropped bombs on German submarines. 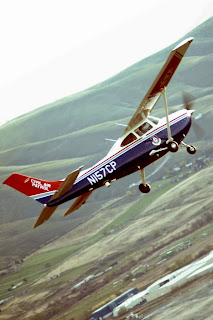 My specialty, once I'd tried out a number of the many options open to cadets (the young folks - 13 to 18 or up to 21 if desired), was emergency services. In practical terms that means search & rescue (SAR) or SAR support.

That's what Civil Air Patrol Stories is about.


The first story I'm going to publish is merely an introduction, and it's short (not novel length - more of a novelette), but it will give readers a feel for what's ahead for the series.

It's about a search & rescue mission - roughly based on an actual mission - set in 1988 when the main characters are in high school. You get an idea of the kind of drama and excitement is to come.

The second story will be novel length and provides an introduction to the squadron, more of the characters at an earlier age, and provides a look at the wide range of activities and roles CAP cadets can participate in. It shows why I had such a blast even at age 13.