Another example of historical fiction writing by Edwin Hanks, from a story published on an online forum.  Many of my historical stories deal with high-level politics, but also intrigue, espionage, etc.  This one has all three, plus, later on, some real adventure action!

This, by the way, is an example of my "alternative historical fiction" -- I take real-world people from history, add some fictional characters and elements, and weave a story that is both, plausible, but different from the way real history occurred.  Some of these characters -- Trochu and Louis-Napoleon (a distant cousin of Napoleon Bonaparte), for instance -- are real people, and I approximate their thinking and personalities as closely as possible.  But they are both in a situation very different from what happened in real life. 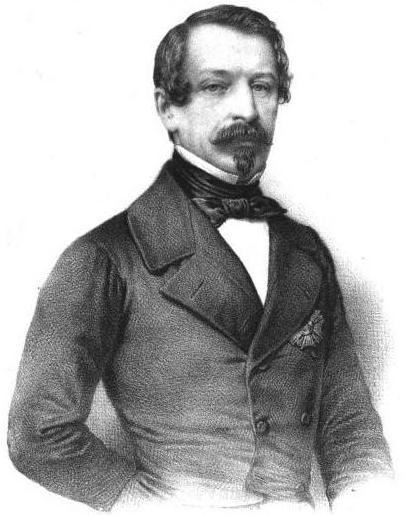 “Well, this is madness…” said Minister-President Louis Napoleon, having read the headlines and skipped around. Besides Longanecker, who had been detailed by Minister Rensselaer to shadow Napoleon and watch his back, he was also surrounded by Prime Minister Ollivier and Chief of the General Staff Louis Trochu.

“The Comte has no serious support. Not here in Paris, especially! He is no threat to me.” Napoleon could look at a plan – provided it was political, and not military – and immediately sense its nature, its implications, etc. It was his special talent, and had served him well for many decades. But this little plan puzzled him. It made no sense. “No matter, though. It is already doing wonders to destabilize my government!” That, he thought, was a point to consider in more detail.

Longanecker had already described the growing, milling throngs of people, upset at the news, and he ventured to explain the deeper parts of the story he had read in the taxi ride to the Palace. “The editor claims that you are part of the plot… That you wish to emplace Henri V as King, so that he will have you as President, or Chancellor, or whatnot.”

Napoleon nodded at that. It clearly explained why people were upset. And he was quite aware that he had earned a reputation for peculiar and secret schemes to expand his power. Anyone who trusted Louis Napoleon completely was a fool, and that was his own opinion! But this newspaper’s claim was also plainly wrong – as perhaps only he knew for sure.

“Oh,” Joachim added, as an afterthought. “And Victor Hugo has returned from England. I saw him speaking in the square. He had quite a crowd.”

Louis Napoleon transfixed Longanecker with a concerned look, though his gaze carried his mind’s eye leagues past his head. Now everything fell into place. “If Hugo is here in Paris, then this is part of a socialist plot!” he declared.

Napoleon knew that Victor Hugo, the poet and playwright who had written The Hunchback of Notre Dame, among other French classics, was also a socialist provocateur. And he had to be at the middle of this matter. Hugo would be the public face of the scheme – a face the people of Paris would trust. But how did this intricate web lay?

Napoleon, the political animal, acted to defend his political turf with assurance and ferocity. “Shut down those newspapers,” he directed General Trochu. “Arrest the staffs. Call up the garrisons and quietly assemble to put down street riots.” He peered over his pince-nez at Ollivier. “Call an emergency session of the Assembly.” Political plans arrived – fully formed – to his mind, and he spat them all out in an instant. “Oh,” he told Ollivier. “And publish a newspaper explaining that the Comte is actually in Sicily, has no army, nor any interest in overthrowing my government.”

“At once, Sir,” the Prime Minister acknowledged.

“Messr. President,” Trochu interjected. “I must tell you that if this is a socialist intrigue, I cannot be fully sure of my resources. The reds have made many allies within the army, as you know. The lower the ranker, the more likely he is to sympathize with them. I must suggest that you might be better off in the countryside for a few days while I act to impose order in the streets. I’m sure it will take no longer than that.”

Napoleon looked dumbly at Trochu for a moment. “I cannot leave Paris! That would be an act of folly. They would see it as weakness, and it would only encourage them.” That settled it, and Trochu backed off. “No, I shall remain here. You do what you must. Anyone who turns should be shot.”

“Of course, Minister-President.” Trochu and Ollivier departed, leaving Napoleon with Joachim – a familiar acquaintance and Prussian agent, the two of them bonded by their shared, perilous journey of a few years before.

“Louis should have known that,” Napoleon scoffed, once they were gone. “This whole situation has people acting crazy. Why would he recommend something like that?” He shook his head.

Longanecker was out of his league. He was no politician. His intellect was inclined in another direction. But a thought did occur to him. “Louis… Could Trochu be working with them?”

He also got Napoleon’s pince-nez stare. Napoleon was, of course, too smart a politician not to have considered that already, and he had. But… “No.” He paused, reconsidering in his mind. “No, Trochu is too ingrained as a conservative. He’s killed thousands of reds for both, me and Bazaine.” He chuckled. “That’s all Bazaine would let him do! Bazaine despised Louis, but I rehabilitated him. No, even if he would consort with the socialists, they would never have him. C’est absurde! They hate him.” He shook it off, and they both returned to consider the many other worries at hand.

“Sicily?” Joachim asked, obliquely. “Won’t someone discover that he’s not really there, and discredit you?”

A distracted Napoleon was off the mark for a moment, but recovered quickly. “Ahh…” He waved his hand dismissively. “But this whole game will have been decided long before anyone would have time to determine that. Truth doesn’t matter in politics. Only perception.”